Providing the best, top quality, western standard eye care in Vietnam. Providing an excellent alternative for traveling to Bangkok, Singapore or elsewhere to receive the eye care you deserve. 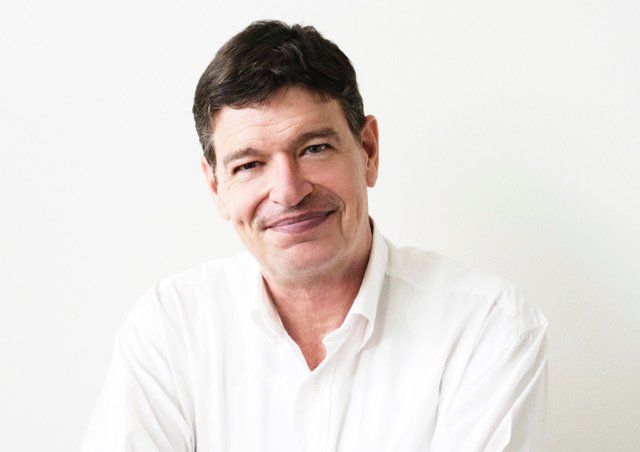 Dr JD Ferwerda is a dutch ophthalmologist. Coming from a family of medical doctors and scientists, he decided early on that he wanted to become a medical doctor. He went to medical school in The Netherlands, and graduated as a medical doctor in 1988. After this, he went to Leuven, Belgium, where he specialized in ophthalmology. After working for a few years as a general ophthalmologist and cataract surgeon, he took on a full fellowship in retinal surgery in The Netherlands.  The senior academic staff members were impressed with his surgery skills. He has treated patients for more than 28 years before coming to Vietnam. Dr JD has been performing cataract and glaucoma surgeries, complex retina surgeries,  and various other eye procedures, always with the latest techniques and equipment.  For his surgeries, he uses his own equipment and instruments and supervises maintenance and sterilization techniques.

After a visit to a childhood friend in Ho Chi Minh City in February 2013, and seeing the need for advanced medical eye care and training, the family decided to move to Vietnam in September 2014. He opened his own private eye clinic in Thao Dien in 2017 and his practice is becoming the go-to-center for quality eye care in Vietnam. Patients from all over Vietnam and also from neighboring countries are seeking him out for his expertise.

Due to his good reputation, expats from western countries with a waiting list for surgeries in their home country, like France and Australia, are now having their treatment done here.

Retinopathy of prematurity (ROP) is a disease of the eye, affecting prematurely born babies,  generally having received intensive neonatal care, in which oxygen therapy is used on them due to the premature development of their lungs. It is thought to be caused by disorganized growth of retinal blood vessels which may result in scarring and retinal detachment. ROP can be mild and may resolve spontaneously, but it may lead to blindness in serious cases. As such, all premature babies are at risk for ROP, and very low birth-weight or postnatal infection is an additional risk factor.

Early detection and treatment can prevent the disease from progressing to full detachment and resulting in blindness.

Dr. JD is proud to be able to contribute to the care of babies with ROP in Vietnam. He is actively involved in the ROP project together with Nhi Dong 1 hospital and VinaCapital Foundation. The aim of the project is to improve the early screening and treatment of these babies with the latest equipment and treatment modalities. He is also assisting in the training of local doctors.

For donations to the project, please visit this website

Another area of focus is diabetic retinopathy, which is also a major cause of blindness in Vietnam. As a leading expert in this field, Dr JD hopes to make a positive impact in Vietnam and the surrounding countries.

Dr JD speaks 5 languages (fluent in English, Dutch and Spanish, basic in French and German) and is currently learning to speak Vietnamese. In the clinic there is always a certified medical translator available for Vietnamese patients.

Experienced dutch ophtalmologist and vitreoretinal surgeon and a friendly and compassionate doctor.

Graduated as an optometrist in the top of her class. You will experience her friendly and professional manner when doing the prescreening for Dr JD.

Thien graduated as an optometrist in the first class of optometrists to graduate in Vietnam. Besides doing an excellent job in fitting glasses, he loves to help you find a beautiful frame in the optical store.

Has joined us since we opened and with many talents has proven herself as an indispensable member of our team, always ready to give a helping hand to patients and staff.

The youngest member of our team has very good organizational, marketing and language skills. Her english is outstanding and that makes her the ideal contact person for our english-speaking patients.

Has proven to be a solid and trustworthy team member who tackles assignments with precision, dedication and a smile.